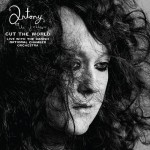 Antony And The Johnsons
Cut The World
(Secretly Canadian)
Live album with a lot of talking. Tracks from all four Antony and the Johnsons albums are performed and captured in Copenhagen, accompanied by the Danish National Chamber Orchestra. Beautiful renditions, but I could do without all the self-reflecting chatter.
Listen/watch to an example of this drawn out chit chat on “Future Feminism.”

Lianne La Havas
Is Your Love Big Enough?
(Nonesuch)
Young people singing and playing like old people. It’s all the rage. 22-year-old soul sister La Havas holds her own with the help of Aqualung’s Matt Hales producing her debut album. Read my review for Planet by clicking on her name above.
Watch Lianne’s video for “Age.” 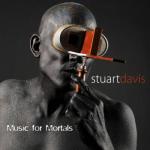 Stuart Davis
Music For Mortals
This is the fifth album (first exposure for me) for this multi-talented musician. Davis is a songwriter, but he’s also a screen/television writer, language coiner, and painter. Working with musicians who are known for being involved with mainstream sounds may be part of the reason why Davis’ sound is good, but very conventional.
Listen to “Beautiful Place” from the album, good choice.

Mexican Institute Of Sound
Politico
(Nacional)
I always find it weird when business/media music people move to the music making side. Sometimes it works out. Cases in point: Pet Shop Boys, and now, Mexican Institute Of Sound. Click the name above to read my write up for the LA Weekly.
Listen to a guest DJ set from MIS’ Camilo Lara on NPR’s Alt Latino.

Adrian Sherwood
Survival And Resistance
(On-U Sound)
Bass. Teeth-rattling, cough-inducing, belly rumbling, nether regions-tingling bass. That’s what Sherwood is good for. He doesn’t disappoint. Dub, blues, and bossa are the backdrop, but Sherwood brings the bass, and that’s all we ask.
Listen to a five-minute album sampler.

Imelda May
More Mayhem
(Decca)
This is an expansion on May’s album from last year. Extended to 21 songs including new original material, covers, and remixes, if you liked what May was doing before. You’ll like More of it even more. Click on her name above to read my review of the release on Planet.
Watch the video for “Roadrunner.”

Mungolian Jetset
Mungodelics
(Smalltown Supersound)
These quirky Norwegians return to the dance sounds of their second album on this, their fourth release. The two know how to throw a shape but manage to insert a little bit of sophistication and depression into their strangeness.
Stream the whole album on Spin.

Plan B
Ill Manors
(Atlantic)
Plan B’s  third album sees him returning to the R-rated raps of his debut. The aural version of his self-penned/directed film of the same name, Ill Manors paints a very distinct picture of the U.K.’s urban underbelly. Click his name to read my interview for Planet.
Watch the official video for “Ill Manors.”

Kendra Morris
Banshee
(Wax Poetics)
This girls rocks my socks. She has the cliched pipes. She has the songs. She should have been signed to Motown in the ’50s. But she’s from our time and we are all the better for it. My favorite, I think, is “Today,” but click below for three other official videos.
“Concrete Waves,” “If You Didn’t Go,” and “Spitting Teeth.” 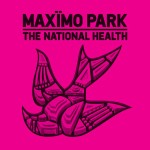 Maximo Park
The National Health
(Straight To The Sun)
Newcastle’s Maximo Park return more taut than ever before. Finding even more tightly wound melodies in its arsenal, the group’s tension comes through. They’re trying to get some kind of global political message across, which is find when it sounds this good.
Stream the whole album on SoundCloud.