Photek
DJ Kicks
(Studio! K7)
Custom made mix for this longstanding series from forward thinking producer and DJ, Photek. The only thing he’s done that I actually like because I think maybe I understand it a little. Click his name to read my interview with him for DJ Times Magazine
Check out more of Photek’s mixes on his Soundcloud page.

Yppah
Eighty One
(Ninja Tune)
Does “yippah” imply more excitement than “yippee?” Joe Corrales Jr. AKA Yppah sounds less excited and more content on Eighty One. Pretty is the key word for this album which is full of electronic tinkles, shoegazer washes, and the odd syncopated beat.
Listen to “Happy To See You” while watching static shattered lightbursts. 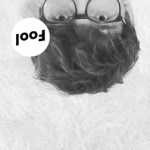 Kasper Bjorke
Fool
(HFN Music)
This is Danish producer/DJ Kasper Bjorke’s third album but the first time I’ve heard of him. He is no fool, that’s a reference to the release date and no relation to that creature Bjork.  Just rubbery dance music with robust vocal inputs.
Listen to the many mixes of “Lose Yourself To Jenny” from the album on Soundcloud. 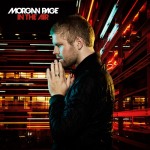 Morgan Page
In The Air
(Nettwerk)
Prog house, superclub peak-of-the-night stormers.
Listen to my golden-throated friend Angela McCluskey sing the title track, that blond chick is NOT her, Ang is much lovelier and less cliche-looking than that.
Morgan has worked on one of Angela’s tracks from her Lambeth Palace EP, check that out as well. 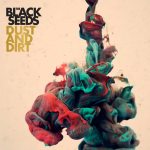 Black Seeds
Dust and Dirt
(Easy Star)
Pop/easy listening reggae lite. Another band new to me, these guys are from New Zealand, which might have something to do with why their reggae is so accessible and ready-to-use. Click on the band’s name for my review on Planet.
Watch the official video for “Pippy Pip.” 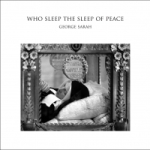 George Sarah
Who Sleep The Sleep Of Peace
(Tiny Human)
Elaborate ambient instrumentals from this composer, with the odd vocal thrown in. Once again, featuring my multi-dimensional chanteuse friend, Angela McCluskey on the album opener. Click George’s name to read my review in Under The Radar Magazine: coming soon.
Listen to Angela’s and George’s collaboration “Anna” on Soundcloud.

Maya Jane Coles
DJ Kicks
(Studio! K7)
Second DJ Kicks this month is from a British girl-child who I hadn’t heard of until this mix. Hiccuping basslines and bottom heavy rhythms are her style.
Listen to an exclusive track from the DJ Kicks mix interspersed with Maya talking about her entry into music.

Arkells
Michigan Left
(Heavy Plaid)
Canadian band loved by Canadians who don’t seem to leave Canada. They won a Juno (Canadian “Grammys” which mean nothing anywhere else) for Best New Group (2010) and Group Of The Year (2012). Pretty generic and harmless middle-of-the-road rock that has occasional moments of utter brilliance.
Watch the slow motion video for their fist-pumper “Kiss Cam.” 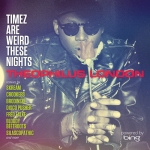 Theophilus London
Timez Are Weird These Nights
(Reprise)
This guy took branding and social networking to another place long before his music was heard by anyone. This is remixes of last year’s album, Timez Are Weird These Days, from today’s marquee names, who are listed on the album cover. Click his name to read my 2011 interview for Planet.
Watch his performance at ENCORE! Sessions.

Violet Lights
Sex and Sound EP
Punchy EP from this duo based in the trendy, musician heaven neighborhood of Silverlake in Los Angeles. Obvious Britpop influences as well as from American garage sounds. Infectious and effortless, let’s hope this EP isn’t the best they have to give and that there is more to come that’s just as good.
Stream the entire EP via the band’s site.
Watch an forced arty live version of their song “Substitute.”

Read my reviews of the shows for Under The Radar by clicking on the show’s name.
Best Friends Forever (NBC) I say the writers should catch up to the actors, turns out, they are one and the same, maybe they should just focus on one talent.
Don’t Trust The B____ In Apt 23 (ABC) It’s all about the Beek–James Van Der Beek, that is, and I wasn’t even a Dawson’s Creek fan.